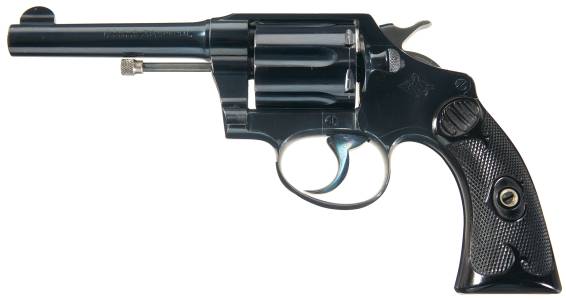 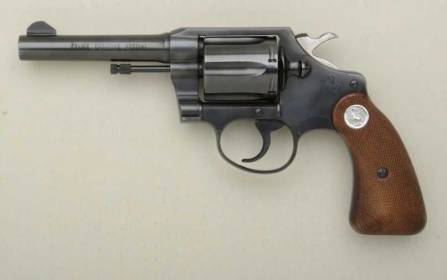 The Police Positive Special, Fourth Issue was fitted with a new shrouded barrel similar to that used on the Colt aluminum Viper.
The barrel was marked Police Positive, omitting the "Special" except for the caliber stamp
POLICE POSITIVE SPECIAL WITH SHROUDED BARREL 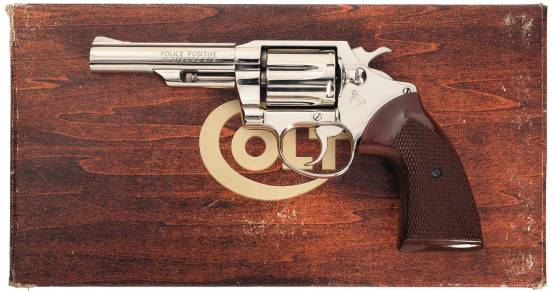 The Police Positive Mark V, Fifth Issue, had a heavy, full length shrouded 4" barrel with Pachmayr rubber "Compac" grips.
It was made from 1994 to 1995 and ended production of the PPS series.
THE POLICE POSITIVE MARK V