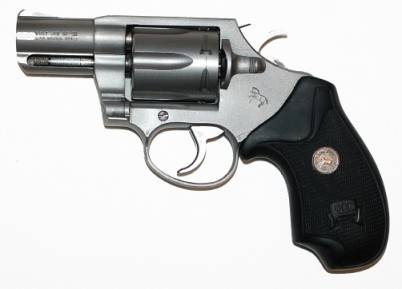 COLT SF-VI
"SF" FRAME
Colt had continued to make the "D" frame revolvers like the Detective Special on and off up until 1986 when they were discontinued "for the last time".
In the mid-1990's Colt issued a short run of Detective Specials made from left over parts.
These revolvers met with an enthusiastic reception from buyers, so Colt decided to develop an entirely new design small frame revolver to replace the too expensive to make old "D" frame series.
It's probable that Colt intended to make versions of the new gun with different barrel lengths, calibers, and adjustable sights, just as they had done with the old "D" frame.
The new revolver was to have approximately the same frame and cylinder size and shape as the old "D" frames but would use the cheaper to make transfer bar safety-ignition system first used in the 1969 Colt Mark III series.
Because the market preferred it, the new gun would be made of all stainless steel.
The new gun was essentially a scaled down Colt King Cobra, but instead of the coil mainspring of the post-1969 Colt revolvers, the new gun would use the old "vee" spring of the "D" frame guns, with the upper leg powering the hammer and the lower leg simply resting on the frame to provide tension.
It's likely that Colt used the old "vee" spring to prevent having to radically alter the short grip frame to allow use of a long coil mainspring.
The transfer bar system uses a spring loaded firing pin in the frame.
This new design frame was given the designation "SF-VI".
No parts other than grips will interchange with the older "D" frame guns.
The SF-VI had what was possibly the lightest double action trigger ever used on a production revolver.
In fact, the trigger was so light, some users had problems with the trigger not resetting fast enough, causing "short stroking" of the trigger.
Colt quickly offered to replace the trigger return spring with a heavier spring if the owner had problems.
The new gun was given the catchy name "Colt SF-VI" meant to mean "Colt Small Frame-Six Shot" although Colt didn't use that name.
The reason for the odd name was to prevent confusion with the last of the "D" frame Detective Special revolvers that were still in the distributor's pipeline.  As soon as the last of the old Detective Special's were out of the way, Colt changed the name to the Colt DS-II.
The SF-VI was available with a 2 inch barrel and a very few with a 4 inch barrel.
Grips were copies of the rubber Pachmayr "Compac" grips.  These replicas were made by Vintage Industries for Colt and came with gold or silver Colt medallions.
The finish was satin brushed stainless steel or bright polish.
Caliber was .38 Special, and the gun was rated for use with +P ammunition with the caution that +P ammunition would accelerate wear.
The SF-VI was made from 1995 to 1996.

A version of the SF-VI was the Colt "Special Lady".
This was a very limited double action-only version made of bright polish stainless with the hammer spur removed. 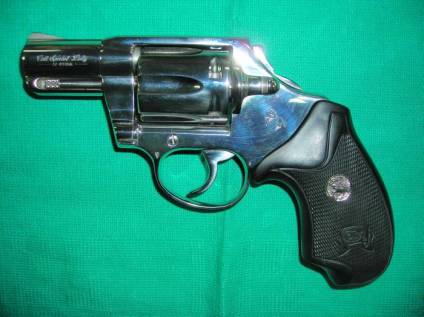